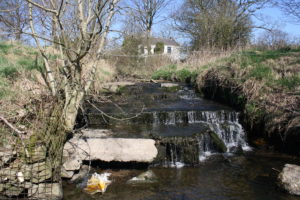 Dean Brook Weir is one of the many barriers to fish migration in the Ribble Catchment. The weir is a complex stone and concrete structure at the foot of Dean Brook near its confluence with the River Calder. It is is due to this location that removal was deemed necessary, as it is one of the first barriers that migratory fish will come to when trying to leave the main river. The original purpose of the weir is not known but it is in a state of disrepair and is contributing to downstream bank erosion. 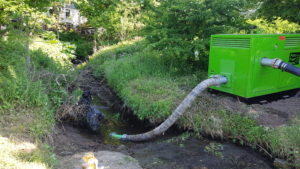 Some of the equipment used during the work on Dean Brook

Studies showed that it would be feasible to remove the weir, but there was a potential risk to nearby fields and properties so a rock ramp was created instead. This rock ramp has ensured that there is still a structure where the weir once stood, but the rocks create a more gentle slope and natural flow path for fish to ascend.  By making this weir passable over 2 kilometres of habitat have been opened up to migratory fish, which should in turn attract a host of other species. 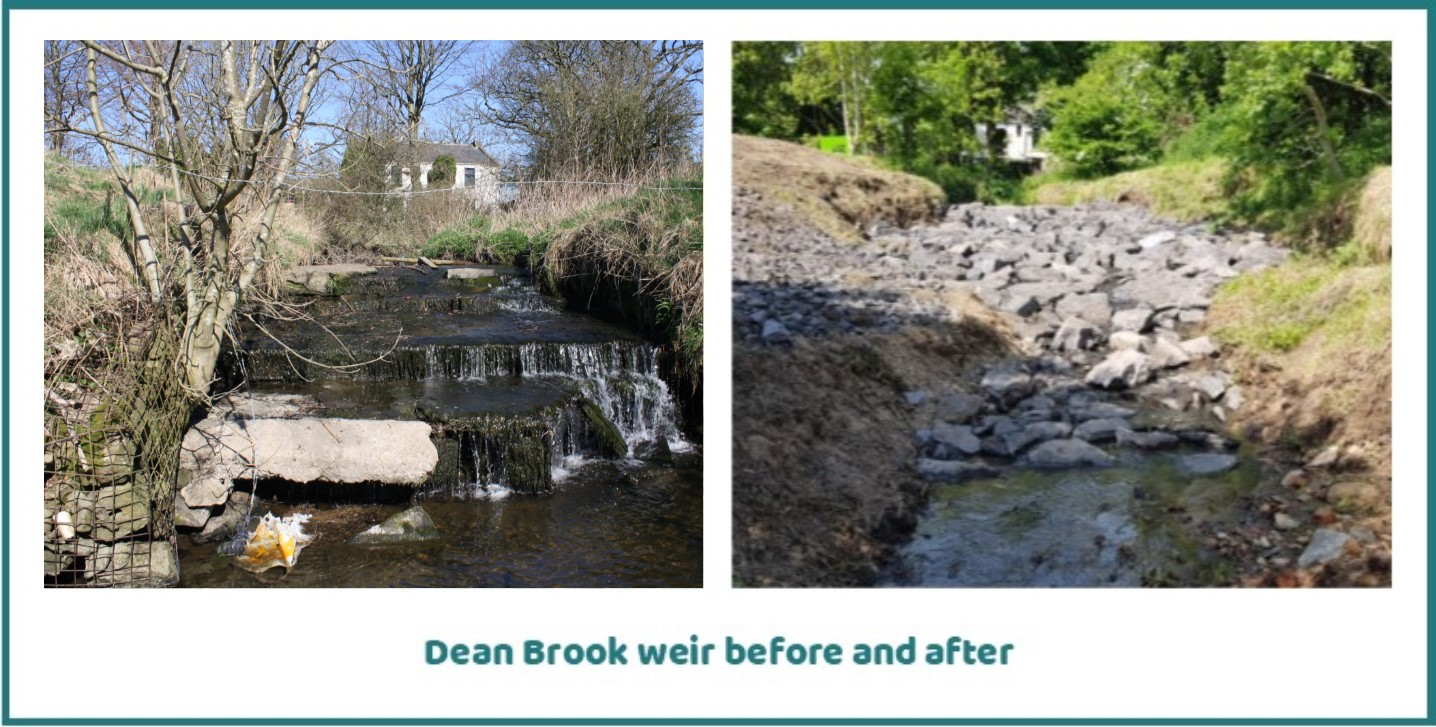