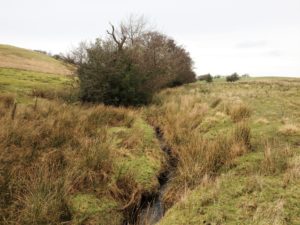 As with Lower Agden and Beckfoot, Varley’s Farm falls within the Skirden sub-catchment. The woodland here is being planted on the banks of Hungrill Beck, a tributary of the Ribble, which will also see a fish passage delivered.

This location has been selected as it suffers from pollution issues, primarily sediments and faecal matter. The creation of a woodland in this location will also provide some natural flood risk management benefits, and create shade and shelter for river dwelling species.

Before planting can commence 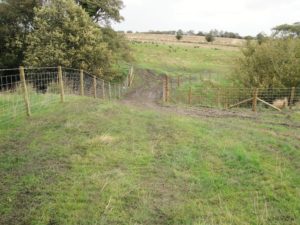 the area will be fenced off and new livestock drinking areas will be provided. By preventing livestock from entering the new woodland we will not only be able to protect the new trees, but also prevent erosion and compaction, and the direct input of faecal matter.

As the trees become more established and their roots spread they will filter and absorb some of the sediments, fertilisers, pesticides, and faecal indicator organisms- preventing a proportion of them from reaching the water.

These new root systems will also help to reverse some of the soil compaction that has developed over time. The new roots will break the soil down and aerate the soil,  increasing its water carrying capacity.

This increased water carrying capacity has the additional benefit of reducing flood risk. This will not only benefit the human population, but also migrating salmon and sea trout who are known to create redds (nests of eggs) in these waters. However due to the high rainfall, rapid surface run off, and the resulting fast moving, flooded rivers these redds are often washed away. This process is considered one of the major factors that negatively effects fish populations in the River Skirden.

Finally, once more established these trees will provide shade for the stream. Shade over rivers is vital for keeping the water cool enough to support aquatic life, and will create a more suitable habitat for a range of invertebrates, birds, and mammals. 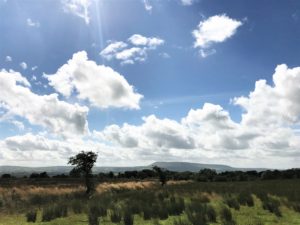