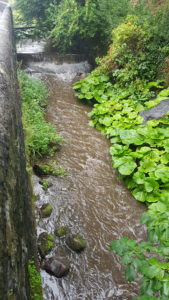 The weir is situated close to a busy road and footpath. Over the years many concerned members of the public have highlighted the plight of trout and salmon who cannot make the jump. 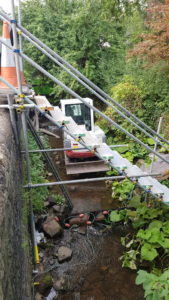 Work taking place in the brook

As the brook runs through the village it has been confined to a wall-lined channel, the weir itself is stone which has been clad in concrete. It is thought that the weir was constructed to prevent downward incision of the river bed, a common repercussion of  constraining and channelling watercourses . This downward incision could have caused damage to the foundations of nearby buildings.

Removal of the weir is not possible, as this could promote the downward incision it was designed to prevent. Instead an embedded rock ramp was created which enables fish to pass over the weir, but retains the weirs purpose of protecting the village. 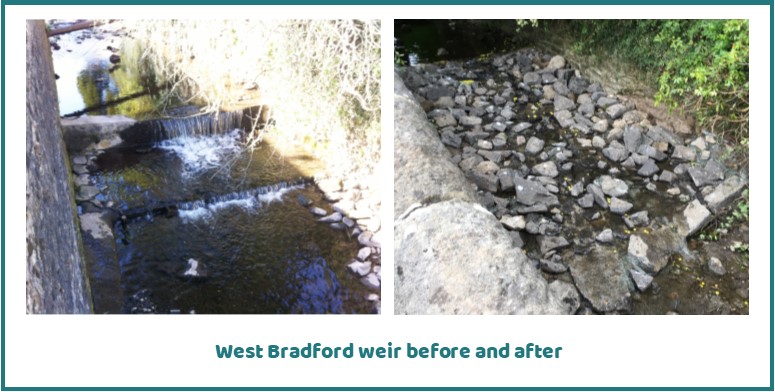